What measures do you have in place to limit the spread of COVID-19?

We ask that if you are feeling unwell that you do not paddle with us.  We have hand sanitizer available. Canoes, kayaks and SUPs are cleaned between use. We ask that you place paddles and PFDs in the ‘used bin’ for cleaning after use.  Masks are recommended on our shuttle buses (for the guided and self-guided Invermere to Radium trip) but not mandatory.

What should we bring?

What are your cancellation policies?

All our tours operate light RAIN OR SHINE. We do not refund for inclement weather, unless the weather makes for an unsafe environment. We do not expect our customers to paddle in pouring rain, or weather which will make for an unenjoyable experience.

In high winds or other adverse conditions, we reserve the right to cancel or reschedule tours, based on management’s assessment of conditions. We will reschedule your tour or refund 100% of the rental or tour price if this occurs.

PLEASE BE AWARE, WE RESERVE THE RIGHT TO REFUSE SERVICE IN THE FOLLOWING CIRCUMSTANCES:

What’s the difference between your two locations?

Our main location is the ‘Canoe Docks’ next to the public boat launch. From here you can rent a canoe, kayak or SUP for 2 hours, 4 hours or a full day (9am-6pm) and explore the wetlands or Lake Windermere.  You can also begin a guided or self-guided trip down the river to Radium Hot Springs where we will pick you up at a predetermined time and shuttle you back.  From the canoe docks we also offer 2 hour guided wetlands trips and lessons.

Our second location is at Kinsmen Beach, where we run the concession ‘Columbia River Cafe’ and a rental kiosk open 10-6 during peak season, weather dependent.  Rentals here begin with one hour rentals, and it’s a great place to entertain the kids or try a new sport in the shallow bay.  We take reservations between 10am and 12pm (you can reserve here), after 12pm it is first come, first served.

Directions to your location please!

The canoe docks does not have a street address, if you use google maps, typing ‘Columbia River Paddle’ will drop the red pin at an accurate location.  If you are driving from the highway turn into Invermere at the lights, follow the road as it goes down the hill and bends to the right.  You will then cross the river.  Turn left just after the PetroCanada gas station, the road will become a dirt road, turn left again, follow the road then turn right into the public boat launch area and public parking lot.  You will see our colourful kayaks and canoes.

To find our Kinsmen Beach location follow 7th Ave, the main street, through downtown Invermere.  Keep going when it seems to become quite residential, cross the train tracks and you’ll arrive at Kinsmen Beach.

Do you offer private shuttles?

We offer private pickups along the Columbia River and Kootenay River. Please contact us for our rates; our pricing for our private pick ups is based on the vehicle size, not a per person rate.

We also provide shuttles for golf trips, weddings, parties etc. We have a 14, 19 and 24 passenger bus. If you’d like a quote please email paddle@columbiariverpaddle.com

I’m planning a trip down the Columbia River, can you advise me?

Awesome! The Columbia River is a great river to paddle.  While we frequently check the Invermere to Radium section, we do not monitor the river north of Radium Hot Springs and therefore cannot give advice on conditions. High water is at the end of May/June so camping spots are hard to find around this time – for the easiest camping we would recommend paddling before mid-May or in August or later.  We have a document with approximate paddle times and take out locations, click here. We recommend using google maps and Maptown to research your route.  We do offer multi-day rental discounts and private shuttles.

Do you offer multi-day discounts?

We do as follows:

Please note that our full day rate is not a 24 hour rate, it is the cost of a rental from 9am – 6pm.

Do you supply dry bags?

We have a limited number of 10 litre dry bags available for a refundable $30 deposit (cash or credit card).

When should we arrive?

10-15 minutes before your rental time should be sufficient to complete the paperwork and have a safety/navigational briefing.

If you’re paddling from Invermere to Radium you will have booked by pick up time in Radium Hot Springs at the end of your trip.  The paddle itself takes approximately 3 hours of steady paddling plus breaks, so you might want to leave 4-5 hours earlier than your scheduled pick up time.

How does the self-guided Invermere to Radium trip work?

We recommend reserving or booking in advance as this is a very popular trip.  You book by pick up time in Radium Hot Springs at the end of your paddle. The paddle itself takes approximately 3 hours of steady paddling plus breaks, so you might want to leave 4-5 hours earlier than your scheduled pick up time.

Pick up times vary depending – see website for details.

On arrival at Columbia River Paddle we will complete the paperwork and give your group a safety/navigational overview so you know where you are going and how to time your trip for the pick up. There is a floating pump station on the water with a sign saying ‘1 hour to Radium’ so you know if you pass this an hour before your pick up time you’re on time, if you pass it with less than an hour you need to paddle faster, or if you have more than an hour you can take a break of float for a bit!

Can we bring our dog?

Well behaved dogs on leashes are welcome to join you on your paddle in a kayak or canoe.  No dogs on our inflatable paddle boards please.

Do you supply life jackets?

All of our rentals include use of a PFD (personal flotation devices), our smallest PFD is rated for 20-30lb toddlers. If you have your own you’re welcome to bring and use it.

How many people can fit in a canoe?

Our canoes are all very stable recreational canoes. They are designed for two adults, but can hold two adults and two children or three adults. We can place a camp chair or bench in the canoe for the additional person(s) for an additional $10/person. Note that the more weight you put in a canoe, the less stable it becomes!

All of our rentals include basic instruction on the beach before you set off. If you have never paddled, perhaps starting in the shallow bay of Kinsmen Beach is a good idea, or consider taking a  lesson .  On a calm day the wetlands and Lake Windermere is a safe area to paddle and explore, even with little or no paddling experience.  At low water (approximately before mid-May or after the end of July) the Invermere to Radium trip is very accessible to novice paddlers – or consider a guided trip or lesson.

Do you rent any boats suitable for groups?

We have five voyageur canoes – two that seat 8 people, one for 10 people, one for 12 people and one for 22! These can be rented if you have paddling experience, otherwise join a guided trip and let the guide co-ordinate the paddling and pass on their knowledge of the local area and wildlife!

We also have two inflatable rafts that can be rented. Each raft holds 6 people and is rented with or without the stern mounted oar frame (with 4 straps to hold), 2 oars, 4 paddles and 1 SUP pump for top ups.  A deposit is required for raft rental. Please contact us for prices and availability.

Penny was born in South Africa, and lived in Banff and Canmore prior to moving to Invermere to live with her partner, Max, and starting a family. Penny has traveled all over the world but is always happy to return to one of the most wonderful places in the world, which we can call home.

Penny has always been involved in sports. She works out every day at the gym, is a tennis pro, marathon runner, white water rafting guide, aerobics trainer, skydiver, paraglider pilot, triathlete, downhill and cross country skier.

Aside from her spending as much time as possible on the water and working at the “docks”, and meeting all the amazing people who join us to paddle, she also works as a personal trainer, nutritionist and wellness consultant (Certified Can-Fit-Pro PTS and NWS).

Born and raised in Kempten Allgaeu (Germany – Bavaria) Max emigrated to Canada in 1992. Max has been involved in Paragliding since 1987 and started Hang Gliding in 1989. Max worked as a Paragliding instructor and test pilot for various Paragliding manufactures and the DAeC in Germany.

He also flies Single Engine Aircraft’s since 1999, Sailplane’s since 2000 and has been an Ultralight Flight Instructor since 2003. Besides flying, hiking, skiing and chasing adventures with his family, Max is working as an Internet Marketing/Development Consultant and is the founder of www.Appointment.com. and is the President of Trappeur Homes Ltd.

Great places always have interesting histories and the valley’s lore is as colourful as its cosmopolitan, worldly residents. The rivers and the former great Pacific salmon spawning runs, which ended when the dams were built, provided local First Nations people with great quantities of food, so  people have called the valley home  for thousands of years. The rivers also brought Europeans to the region, beginning with legendary fur trader, cartographer and explorer David Thompson in 1807.

Thompson established a small settlement near Invermere and explored the Columbia and Kootenay valleys, searching for a route to the Pacific Ocean. He traded goods with the local First Nations people for large amounts of beaver and other pelts, which he transported back to Thunder Bay, Ont. before returning all the way back to this secluded Eden, nestled between the sawtoothed back range of the Rocky Mountains and imposing, ancient Purcell Mountains.

Thompson was the first white man to realize the wealth contained within the large, lush Columbia River Wetlands. Today the wetlands are a fertile wintering ground for elk, deer, moose and many other creatures, the wetlands span over 180 km and are the longest continuous series of wetlands remaining on the continent.

2007 marks the 150th anniversary of Thompson’s death and the 200th anniversary of his first crossing of the Rockies to the mouth of the Columbia River to anchor a lucrative trans-mountain fur trade. For more information visit http://www.davidthompson200.org/

The Region has also been significantly influenced by the discovery and development of mineral resources. In the early 1860’s, placer gold was discovered on the Wild Horse River approximately 16 km northwest of the present location of Cranbrook. Several thousand prospectors and entrepreneurs joined in this gold rush and the famous Dewdney Trail was constructed across southern B.C. linking Vancouver to the gold fields.

With increased settlement occurring as a result of the gold rush, conflicts between settlers and the indigenous Indian population grew. To ease these tensions, a detachment of North West Mounted Police was dispatched to Galbraith’s Ferry on the Kootenay River where a fort was established along with a permanent settlement in 1887.

The Fort was later renamed Fort Steele after its first commander, Sam Steele. Fort Steele remained the dominant community in the Region until the development of other mineral resources and railway expansion bypassed it and created the growth centers of Fernie, Kimberley and Cranbrook.

Located in the beautiful
Columbia Valley, in Invermere, BC. 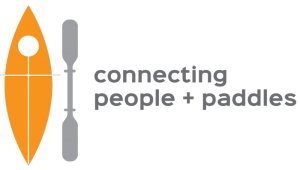